(Originally published by The Ecologist) by Jim Thomas Disappointment, surprise, disbelief. I think I felt a bit of all of these when I discovered that ‘natural’ soap-maker Ecover had become the first company in the world to reveal its use of synthetic biology in the manufacture of consumer products. The Belgian multinational revealed in April that it has decided to use an algal oil. What it didn’t explain was that the algae oil was produced [More] 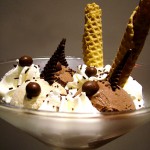 Synthetic biology firms’ foray into food and fragrances faces resistance from greens and consumer groups  BY MAUREEN NANDINI MITRA – JUNE 12, 2014 This article was originally published by Earth Island Journal The first time I ever tasted real vanilla was in a scoop of French vanilla ice cream back in 2000 when I was visiting the United States. The ice cream’s smooth, rich flavor was far superior to the artificial, overly-sweet, “vanilla essence” usually [More] 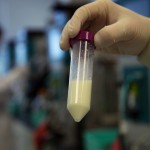 This article originally appeared in the New York Times. By STEPHANIE STROM MAY 30, 2014 Consumer products containing ingredients made using an advanced form of engineering known as synthetic biology are beginning to show up more often on grocery and department store shelves. A liquid laundry detergent made by Ecover, a Belgian company that makes “green” household products including the Method line, contains an oil produced by algae whose genetic code was altered using synthetic [More]

A panel of world scientists want to talk to us about synthetic biology. But it’s not clear what we’re allowed to discuss by Jack Stilgoe Originally published by the Guardian on May 8, 2014. The Inter-Academy Panel, a network of the world’s science academies including our own Royal Society, today issued a statement on synthetic biology. A few years ago, biologists in the higher branches of the Royal Society would claim that SynBio didn’t merit [More]

JULIE STEENHUYSEN This was originally published by Reuters News Service on May 6, 2014. Genome pioneer J. Craig Venter is teaming up with a unit of United Therapeutics Corp. to develop pig lungs that have been genetically altered to be compatible with humans, a feat that, if successful, could address the urgent need for transplant organs for people with end-stage lung disease. Venter’s privately held company Synthetic Genomics Inc. on Tuesday said it has entered [More] 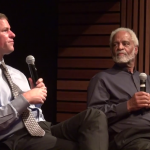 Scientists are now able to map our bodies’ DNA with increasing ease and decreasing costs. But what is being done with this information and for whose benefit? How much control do we have over our genetic information and what can we do to protect our privacy? Recorded at the Brower Center Theater 2150 Allston Way in Berkeley, CA on Thursday, April 17, 2014 – 7:30pm. About the Guests: Troy Duster, Emeritus Professor, Sociology, UC Berkeley [More] 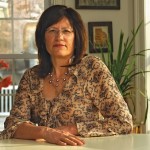 Re-posted from: from GeneWatch  This is the story of a whistleblower: me. I was working as a molecular biologist at a Pfizer laboratory. After I raised concerns about worker safety at the lab, I was told to stop documenting the problems I saw; when I continued to raise concerns, another employee was assigned to work on a dangerous genetically engineered virus on my bench without my knowledge; when I became ill and requested records of [More] 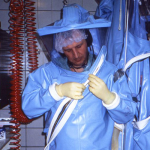