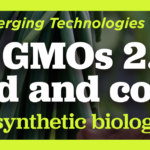 Movements & Emerging Technologies Webinars present: Are GMOs 2.0 in your food and cosmetics? An introduction to synthetic biology for shoppers Companies are sneaking new GMO foods into our food and cosmetics: gene-silenced apples, a GMO potato, synthetic biology flavors and fragrances are on their way to market, or already there — and they may even be marketed as “natural.” This webinar will tell you everything you need to know to avoid the new wave [More] 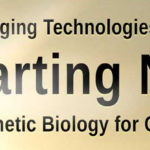 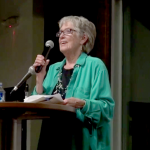 Synthetic biology – genetic engineering to create and control life – could radically impact our food systems, our environment, and our relationship with nature. What is “synbio” and how will it undermine traditional knowledge, livelihoods and society? What follows is a conversation about the false promise of synbio and the real solutions right here in our own communities. Featuring: Joanna Macy, PhD, Eco-philosopher Carla Perez, Movement Generation and Healing Clinic Collective Doria Robinson, Urban Tilth Scott [More] 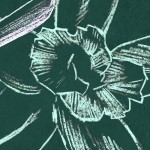 Engineering Life and Livelihoods This short film explains the basics on synbio and its attempts to engineer life. You can also download and read the comic book that accompanies it here. Full script: So here’s a thought experiment. What if living things were actually machines? The sort of machines that you could take apart, reprogram, and rewire to do something entirely new? If so, plants could just be rewired to glow like light bulbs or [More] 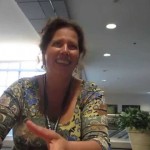 What do we know about the synthetic forms of algae, and what would happen if they are released into the water and air? Not enough, says Rachel Smolker of Biofuelwatch. 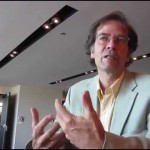 Dr. Craig Holdrege, founder of the Nature Institute, talks about where things go wrong when synbio engineers conceive of life using machine metaphors, and explains why every change to DNA has unintended effects, and the broader ethical implications involved. 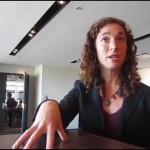 What happens when you ask a synthetic biology company for evidence that their products are safe and tested? Dana Perls of Friends of the Earth US explains. Vandana Shiva, PhD in conversation with Gopal Dayaneni, of Movement Generation: Justice and Ecology Project. World renowned environmental philosopher and activist Vandana Shiva illuminates the corporate assault on biological and cultural diversity and helps us connect the dots: What is the East Bay “Green Corridor,” who is creating it, and what does it mean for communities here and around the globe? “Big oil, big pharma, big food, big seed companies are joining hands to appropriate [More]

Originally broadcast on Against the Grain, KPFA 94.1 FM Wedensday, June 12, 2013 Download program audio (mp3, 48.38 Mbytes) Worried about genetically modified organisms, and GM food? Well, a number of scientists are pursuing the genetic modification of humans, altering DNA sequences that will be passed along to future generations. According to Stuart Newman, inheritable genetic engineering is deeply problematic; he argues that its proponents misunderstand the nature of living things and the process of [More]