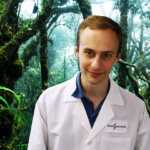 Disclaimer: This article is interesting as it expresses the concerns of a scientist deeply involved in the synbio and in particular gene-drive fields (his team figured out how to make dene-drives work!), and highlights just how under-regulated current experiments are.  We don’t condone the research described in the article, or necessarily agree with the alternative regulation proposed. Please see Friends of the Earth US’s blog post on why gene-drives should not be used outside of [More] 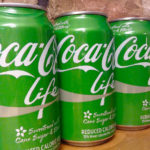 by Stacy Malkan (The Huffington Post) Our culture is smitten with the notion that technology can save us – or at least create great business opportunities! Cargill, for example, is working on a new food technology that mimics stevia, a sugar substitute derived from plant leaves, for the “exploding sports nutrition market.” Cargill’s new product, EverSweet, uses genetically engineered yeast to convert sugar molecules to mimic the properties of stevia, with no need for the [More] 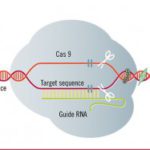 by Dr. Steve Suppan (Institute for Agriculture and Trade Policy) A long standing claim by the U.S. government and agribusiness lobby is that U.S. regulations on genetically engineered (GE) crops are science-based while European regulations are not.  For example, an April 8 letter from the American Soybean Association to the U.S. Trade Representative Michael Froman and U.S. Department of Agriculture (USDA) Secretary Tom Vilsack, states that “approval of these events [three GE soy crops] is [More] 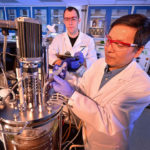 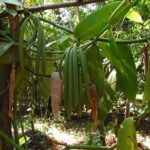 by Helena Paul and Silvia Ribeiro ([square brackets]) The Convention on Biological Diversity (CBD) pioneered the discussion on synthetic biology at the global level, with the vast majority of countries asking for the full application of precaution. Following the decisions taken at the twelfth meeting of the Conference of the Parties (COP 12) to the Convention and the report and recommendations of the Ad Hoc Technical Expert Group (AHTEG) on Synthetic Biology in 2015, the [More] 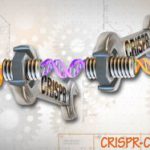 by Oliver Tickell (the Ecologist) The EU Commission has caved in to US pressure in TTIP trade talks by deciding to consider organisms modified by new ‘gene editing’ techniques as non-GM – in violation of the EU’s own laws. The move could make the ‘new GMOs’ exempt from labeling and from health and environmental testing. The TTIP negotiations are seen by industry and the US government as the perfect opportunity to block EU processes that [More] 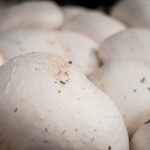 by Mike Orcutt (MIT Technology Review) The debate over genetically modified foods is about to get a lot more heated in Washington, D.C. DuPont Pioneer’s new waxy corn hybrid and a Penn State plant scientist’s “anti-browning” white button mushroom are the latest additions to a fast-growing pile of new genetically engineered crops that have so far avoided any government regulation. New gene-editing techniques like CRISPR are making this possible, and they are underscoring the fact [More] 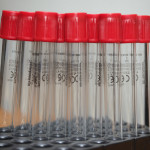 This spring could see new synbio techniques literally hitting the streets, with DIY biohacking kits going on sale. These promise you the ability to make yeast turn red. More significantly, other biohackers are planning to post synbio glow-in-the-dark plants to enthusiasts throughout the US. Whilst these biohacking gimmicks may sound perfectly innocuous, they are potentially very dangerous, essentially unregulated, presumably self-replicating, and about to be mailed out throughout the US. As is described below, the [More] 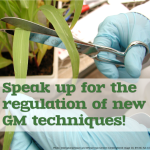 The European Commission is about to decide whether or not a set of new genetic engineering techniques should be regulated as GM. Let them know why they should and why it matters to you. We’re supporting GM Freeze’s action to write to the European Commissioner for Health and Food Safety, to let him know that European citizens are concerned and want to see the ‘New Plant Breeding Techniques‘ (NBTs) properly regulated. You can participate in [More] 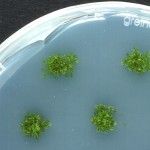 An article in The Guardian (copied below) describes how a senior geneticist and a bioethicist is in agreement with a US security chief that gene-editing presents a serious risk to national security, equivalent to North Korea’s WMDs. Whilst the focus is on accidentally (or deliberately) releasing viruses, or the inevitability of “designer babies”, the researchers and intelligence staff interviewed in the article agree that the unregulated nature of the industry currently, and the fact that [More]